Get Started with Favorites

When you sign in with your email, you can find and keep track of the vehicle of your dreams.

Finding the right vehicle doesn't get any easier!

We are very proud to be celebrating over 40 years of business in Chesterfield County.

In 1976, Davis Auto Sales opened in the southern part of Chesterfield County branching off from the already existing Davis Auto Repair family run business which was started in the early 1950’s by TL Davis, Jr. Jimmy Davis, always a mechanical handyman, saw a way to buy and repair vehicles in his spare time to make extra money. Always tinkering, his passion became a business. Instead of doing things against the rules, as many today still do, he made it legal -- got the licensing needed and Davis Auto Sales was born. Mr. Davis was running the show by day and Gail Davis (wife) was handling the books at night, while still working in a corporate career. Being in a rural area, the business had small beginnings specializing in trucks, 4x4 vehicles, some large sedans, and station wagons. As the times changed, and the localized community that traveled on the rural Woodpecker Road location branched out, it was time to look for a more visible location.

In 1990 a location very much in need of repair on Jefferson Davis Highway became available and the owner was willing to help with the financing making it a perfect fit. A small tool shed became an office; a grass grown over fenced yard became a car lot; and the Route 1/301 traffic saw a new independent dealership arise. Still running both locations, the Jefferson Davis crowd started to see the new way of dealing that the small town independent dealer brought to the game. Honest, wholesome dealing -- not a suit wearing, slicked back hair sales pitch. It caught on and caught on good. Mini vans were in demand and family oriented customers were the focus being as Mr. and Mrs. Davis were raising 3 sons. JW Davis (oldest son) working by his dad’s side in the business since he was old enough to wash a car, to eventually Brian (middle son) and Daniel (youngest) coming into the business, as well handling mechanical duties and prep work.

With the evolution of the internet and with Gail being deep in the computer field with her corporate job saw the need for a website. Heck at that time nobody had heard of the internet much less what in the world was a "website". Foolishness we all thought; that $500 was just a waste of time or money but she put it in place. Thankfully so, being as now over 20 years later our site is one of the most searched sites our website provider maintains. To duplicate the pull it has with keywords and search engine status would cost 1000 times what our small investment was. It was at that time more of a novelty then a need, but it did bring customers in even back then and we started experiencing our first out of state buyers. We also began to be able to spread the word of how we did business different from the traditional car dealer ways -- no pressure and family business.

The van days were great and filled those gates to bursting amounts, but with the growth, the little tool shed converted office became too cramped for any more employees to fit, so time to once again scale up was required. Fortunately in 2000, a for sale sign popped up just one block north, still on Jefferson Davis highway of a fenced lot with a much larger building. Still in need of upgrades and attention, it had potential to become a great facility. A purchase was made and the remodel of what was at one time an antique store, a towing lot and even a hair salon became Route 1/301’s newest dealership with more growth to come. Both locations were again run till the new lot was to its full potential and it became headquarters for all the changes to come. The internet was still growing and so was the surrounding area.

Oldest son, JW, saw a downward trend of van sales and a burst of people spending time and money accessorizing their trucks. Being no stranger to truck accessorizing, he took the reins of the business and starting buying and accessorizing trucks for sale. At first only a truck or two started to appear; some lightly changed and some monstrous -- but the niche of vans soon changed over to trucks. With that change became the need to handle customer’s trucks outside of what was being sold at the dealership and Davis Off Road was born. First catering to friends and customers, it quickly grew to an outpouring of customers from all over, even out of state. The dual hat role of sales and customization became overwhelming, so the private shop (now Davis Off Road) became a full blown business and is managed by the two younger sons, Brian and Daniel.

In 2012 a local dealership at 800 East Hundred Road just outside of the Chester/ Rivers Bend area closed. Knowing the traffic of this area was growing and being close to I295, the potential for customers that may not travel the Route 1/301 area, the Davis's saw a need for an offsite second location. Basically a billboard for its unique vehicles, so this location was locked in and became Davis Trucks & More. And that name sure fits. This location has motorcycles, golf carts, sports cars, commercial vehicles, campers, RVs, Limousine, boats and even a fire truck.

In 2016, Davis Auto / Davis Watersports becomes a Sunsation Boat dealer (one of the very few with this exclusive right) bringing their full line of CCX center console custom boats. Most didn't know, but we have been a licensed boat dealer for over 15 years. When they approached us with this opportunity it just fit well especially since they as well are a family owned business.

In 2017, Davis Auto Sales becomes a VA territory stocking dealer for Oreion Reeper street legal buggies. These units are basically mini Jeeps that not only do well off road, but are legal for use in most all states on the road. Lots of uses for these units especially with us being so close to OBX and the drivable beaches such as Corolla etc.

Bringing us to current time, and celebrating 40 years of localized business, Davis Auto Sales has sold vehicles to just about every state in the United States, several to Canada and even had multiple vehicles loaded into container ships and sold out of the country. Some very recognizable awards along the way both, Mr. Davis winning the State Quality Dealer award in 1998 and Mrs. Davis winning the same award in 2008 and Mr. Davis winning the National Quality Dealer award in 1999. Mr. and Mrs. Davis are both past Presidents of the Virginia Independent Automobile Dealers Association (2003 and 2011). In additional, the Davis’s commitment to the automobile industry is so high, Jimmy, Gail and son JW are all Certified Master Dealers as sanctioned by Northwood University with only 13 CMDs in Virginia.

The business has donated countless dollars to local charities and organizations and is on nothing but an upward climb continuing to improve the sales experience for generation after generation of buyers in and far outside the area. Davis Auto looks forward to the future staying in the local area and thanks to everyone for their support and business over the many years.

Future growth is already taking place and future expansion news is soon to be released.

Check out the states that we have lifted/sold vehicles to!!!! 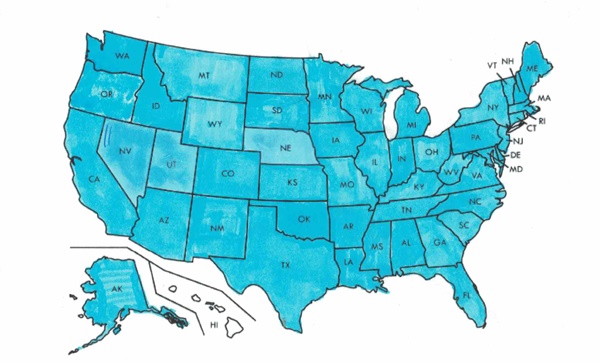